Do you have head protection? Two headgear options are the patrol/operator cap and the Boonie hat. Headgear is an essential item in your loadout for the outdoors. The benefits of wearing the proper headgear are many. However, the primary benefit of wearing headgear outdoors is to protect your head from the sunlight, heat, and cold. Your outdoor environment and the time of year will influence the type of headwear that you use. The use of headgear for outdoor activities is one that spans most of human history. Therefore, it is essential to protect yourself by including a headwear option in your kit. 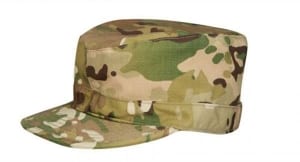 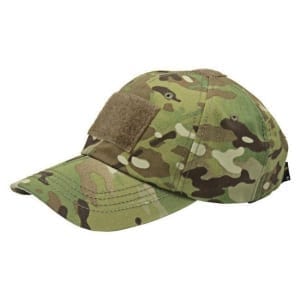 The patrol/operator cap is the style of outdoor headwear with the most recognition in our contemporary era. Consequently, all outdoor sporting activities have various styles and material patterns of these hats. Moreover, the military patrol cap has its origins in the kepi hat in use with the French Army during their Napoleonic Era (1799-1820). This style of military headwear became part of the U.S. Army before the U.S. Civil War. However, modifications to the kepi were introduced in which the current U.S. Army-issued patrol cap has a direct lineage.

The Kepi and Baseball Hat Connection

Later, the kepi-type hat had a modification change in the United States for use in the fledgling sport of baseball on the eve of the twentieth century. The main modification was that of a soft and rounded crown which conforms to the natural curvature of the head. Baseball caps became a fashionable headwear in America throughout the latter half of the twentieth century.

Currently, many sporting goods manufacturers produce their version of the baseball cap for use in golfing, fishing, hunting, running, and backpacking. A health advantage is keeping direct sunlight out of the eyes and off of the head. The double-layered military surplus patrol cap is designed to hold up to one liter of water as an emergency water carrier.

Additionally, a recent change to the patrol cap is in the operator cap. The operator cap is a hybrid between the military patrol cap and the baseball cap. These hats are popular with many in the security fields, SOF community, and outdoorsman. The visors tend to be reinforced, which makes them durable in the field. They incorporate breathable material into their construction. These hats tend to be lightweight. Therefore, they are practical for use in storing in cargo pockets of trousers or the outer pockets of packs. The usefulness of the operator cap is its compatibility with hunting or tactical communication headsets. Boonie hats are popular with many outdoorsmen who live in the more wooded areas of the U.S. The Boonie hat has its origins during the Vietnam War era (1955-1975). The first use of these hats in the field was by soldiers of Special Operations (SOF) units and Long Range Reconnaissance Patrol (LRRP) units. The design of the hat seems to have its origins in the older version of the U.S. Navy rolled brim hats that were replaced by the modern Dixie Cup hat.

Its versatility gave soldiers an essential piece of survival gear while patrolling in the jungles of Vietnam. The Boonie hat has advantages in the jungle environment over the patrol cap. The most important benefit is it camouflages the face and head. The health advantage it gives is to allow heat to escape from the head through the venting grommets on the sides of the hat. This feature of the hat helps to reduce heat-related medical problems. Additionally, soldiers of Operation Desert Storm (1991) used the Boonie hat to help endure the heat of the desert.

The Boonie hat has its counterparts in the outdoor sporting world. Hunters and backpackers began using these hats when they became available in surplus stores. Outdoor gear manufacturers then started producing their own versions of these types of hats. For example, the Fjallraven Hatfield Hat incorporates some features of the Boonie hat. Others began producing their copies of the Boonie hat calling them bucket hats, such as the 5.11 Tactical Boonie Hat.

The Advantages Of The Boonie Hat

Headgear is a critical item to consider for your outdoor activities. The military patrol/operator cap or Boonie hat gives you protection from the sun. They help your body regulate heat to maintain your core body temperature. Some of the commercial versions of these hats offer UV protection, such as Columbia’s® Coolhead Cachalot cap or the Bora Bora II Bonnie Hat.

Yet, some people like to go outdoors without wearing headgear. However, most people quickly learn the value of a quality hat when it is hot or raining. Hats help keep you from getting a heat-related injury or direct sunlight into your eyes. The patrol cap and Boonie cap give an extra layer of protection for your eyes when you are wearing sunglasses such as the Oakley® Flak 2.0 or the ESS® Crossbow 2X.

Military surplus patrol caps and Boonie hats are a budget-friendly alternative to consider when adding headgear into your packing list. Military-issued patrol caps and boonies have a U.S. Government label stitched on the inside. The label gives information about the hat to include its national stock number (NSN). National Stock Numbers help surplus stores find what you want. Avoid purchasing the military replicas of the patrol cap or Boonie hat. They are made with substandard materials and workmanship. A military surplus store will have authentic patrol caps and Boonie hats for purchase.