This survival trap trigger is one of my favorites because of how scalable in size it is. You can use it for very small game or medium sized game. The figure 4 deadfall is the one trap trigger you need to know for catching larger animals. Its much less sensitive than the Paiute deadfall trigger but is much better for yielding larger sources of meat.

Remember that the figure 4 trap is a directional trap and can only be triggered on one side of the trap. That means funneling is essential. You need to make sure that you funnel the animal into the trap in the direction you want them to go. And you want them as far into the trap as you can get them before it will trigger. This will increase your success rate on catching these animals. When constructing the trap, all you need is your knife, but it sure speeds up the process by carrying a folding saw and small axe. The split stick figure 4 deadfall is very fast to construct and I can build one trigger about every 10 minutes, once I have harvested the wood. Its way faster to construct than the standard figure 4 deadfall trap because it takes most of the angles out of carving. I’ve seen survival instructors from other schools take over an hour to carve a standard figure 4 survival trap. Remember survival trapping is a numbers game and you have to put out a lot of them to be successful. Pick trigger systems that can be made quick and have a variety of uses. 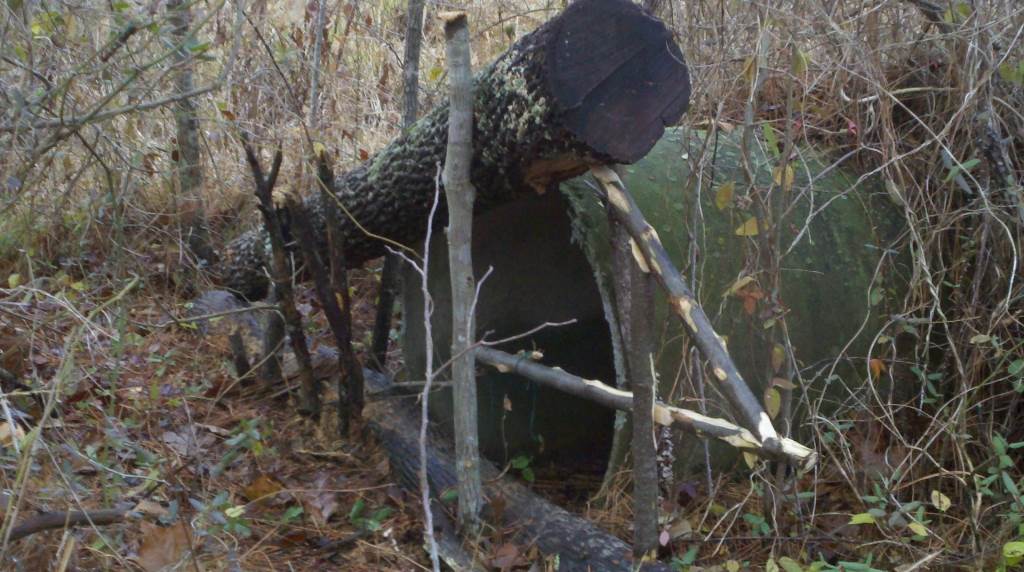 Also in survival trapping it is important to have trap triggers that are easy to remember and are modular for a lot of varying trapping scenarios. That is why the split stick figure 4 rates as one of our top survival traps. You just can’t be its modularity.